While exploring Florence from Palazzo Pitti to the museums of iconic Italian brands, it became evident to me that the city was once a trend-setting centre of fashion and even today, inherent style is showcased in the leather jackets and accessories sold along these narrow streets. With a creative streak painted across the imaginations of its inhabitants, the city has given birth to some of the greatest designer labels of our time and ‘Rodo‘, the family-owned manufacturer of timeless bags and shoes for ladies, is no exception. This exclusive Florentine brand has navigated its way to Jakarta and Beijing, but the Rodo store on Corso Matteotti in Milan was where I got to feed my shoe addiction and experience multiple ‘Cinderella’ moments surrounded by stunning ‘slippers’.

I was ushered into the showroom beneath the white, leather-lined boutique by a pleasant gentleman with a generous sprinkle of salt and pepper hair. Imagine my surprise when I discovered that this humble man whose outstretched hand assisted me down the glass staircase was in fact the CEO himself, Mr Gianni Dori. He was quick to credit his talented brother, Maurizio, as the creative genius who puts pen to paper sketching each fabulous item, but as the eldest of five siblings, it was Gianni who was poised to take pole position in the company. As a teenager, he showed early signs of leadership ability with a willingness to learn by juggling both his Finance and Commerce lectures at a French University while indulging his love for footwear working at a shoe shop in the afternoons. Gianni dutifully returned to Florence a year later to join his father, Romualdo’s bag factory which was started in 1956 with the help of his mum who lent her understanding of ‘what women want’ to the aesthetic appearance of their goods.

This enterprising young couple took notes from Gianni’s grandfather who owned a straw hat factory during the 1920’s and incorporated top quality Spanish wicker as well as their handwoven texture which is now the company’s iconic design element. Gianni darted to a corner of the showroom and returned with a ravishing red clutch bag to point out exactly how the wicker threads are dyed, weaved by hand and then lacquered for a luxurious, glossy finish. A sense of pride washed over Gianni and his eyes narrowed as his face creased into a smile. It was his influence that caused his parents to venture into shoe making. Not only has footwear always intrigued Gianni but he believes that women prefer these coupled accessories to be more exclusive than their clothes simply because they get more wear for their money’s worth. In his opinion, footwear is also more appealing because a well-matched bag and shoe duo completes an outfit perfectly in the same way that an unsuitable pair will spoil the entire ensemble, and once a woman has had a taste of quality footwear, it can easily turn into an incurable addiction – a ‘sickness’ which I have already contracted.

The Rodo company has built up a respected reputation with Gianni at the throne and while it may have its roots firmly entrenched in Florence, the company has progressed to the highest standard of internationally sought after ‘Made-in-Italy’ fashion. Gianni led me to a small room where the walls are covered with photographs of Hollywood screen sirens sporting the Rodo brand. Amongst them, Charlize Theron’s slender fingers grasp a glamorous Rodo purse and Angelina Jolie tip-toes along the red carpet in Rodo heels – one of the 250 pairs which are boxed every day at the factory along the Adriatic Coast after undergoing meticulous handcraft stages involving artisanal skill and strict machine processes. Over the years, Gianni and his design team have experimented with the inclusion of leather and metals into their luxury products giving women around the world more good reason to come down with a serious bout of ‘shoe sickness’. 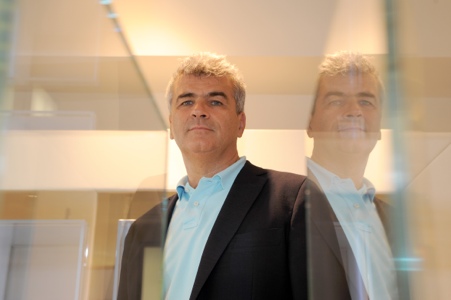 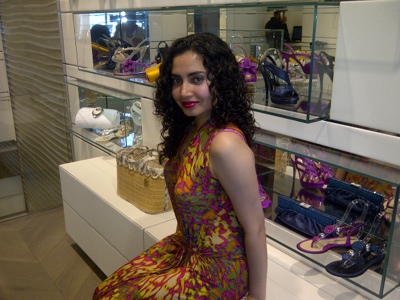 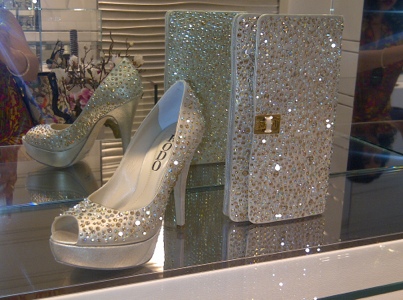 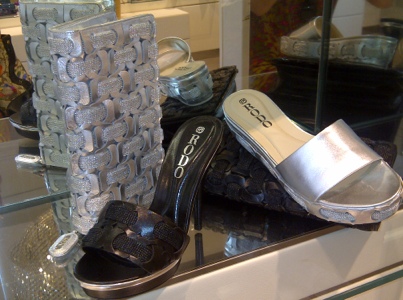 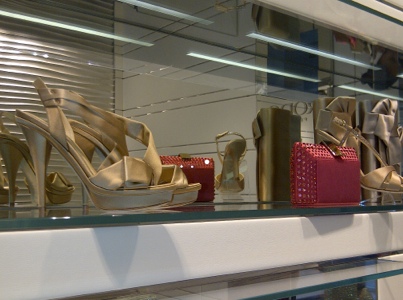 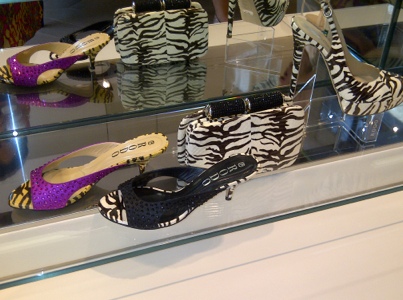