I hopped off the train at 11:30 and was relieved to see the friendly face of Claudia Sclavi, a striking lawyer who I first met at the La Vendemmia event on Milan’s Via Montenapoleone. It’s been a month since she first invited me to visit her hometown, Pavia (pronounced Pa-vee-a) which I thought could easily be seen in a few hours. I was wrong… It’s not that small and not even 24 hours would be enough time to really appreciate this ancient town but with a VIP guide like Claudia, we managed to cram a whirlwind tour into 7 hours – just enough time to wet my appetite for an extended trip in a few weeks. 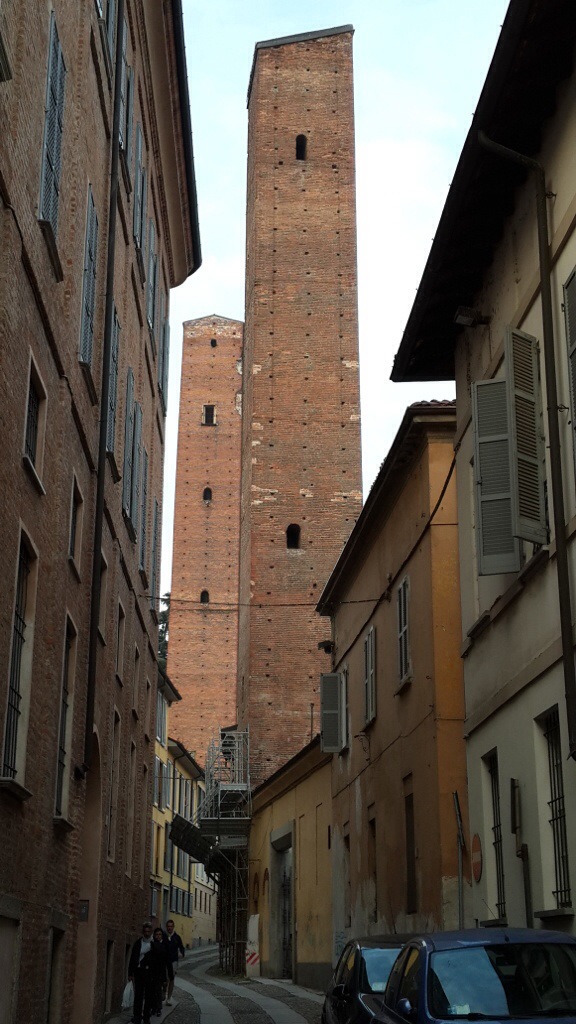 Quite the local celebrity and proud citizen, I hung onto Claudia’s every word as she navigated our way from Piazza della Stazione across to the beautiful 4-star Hotel Moderno, housed in a liberty-style historic building owned by her friend. We strolled down the tree-lined Corso Vittorio Emanuele to Piazza Minerva with a Greek goddess resembling the Statue of Liberty in NYC at the centre and then onto Corso Cavour, a bustling street with boutiques, pasticcerie and perpendicular side streets where I got to meet Stefano, her super hairstylist in his salon, ‘Hair Dream’.

As we turned the corner into Via XX Settembre, Claudia pointed out a few of the brick towers in the area. She explained that Pavia is also known as the town of a hundred towers because in medieval times, residents in this Roman city believed that the person with the tallest tower was most important because they were closer to reaching God and so people tried to build towers taller then the next for social and religious status. 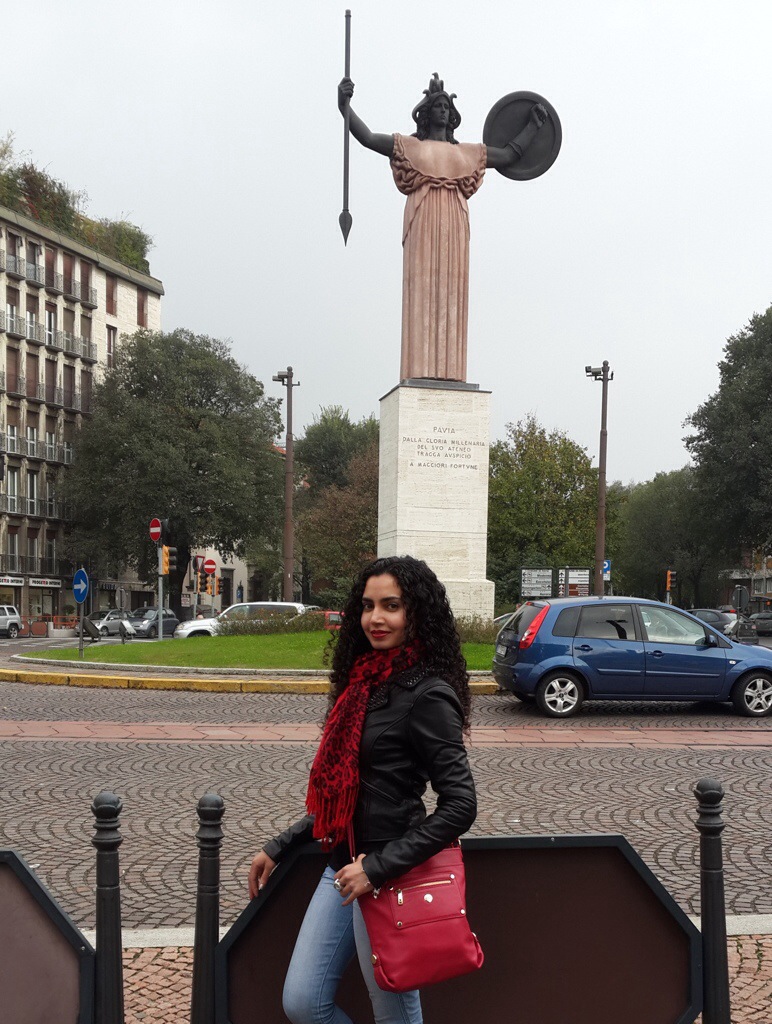 Our next stop was the square in front of the Carmine Church which was host to a small market selling organic produce, cheese and honey from local farmers. 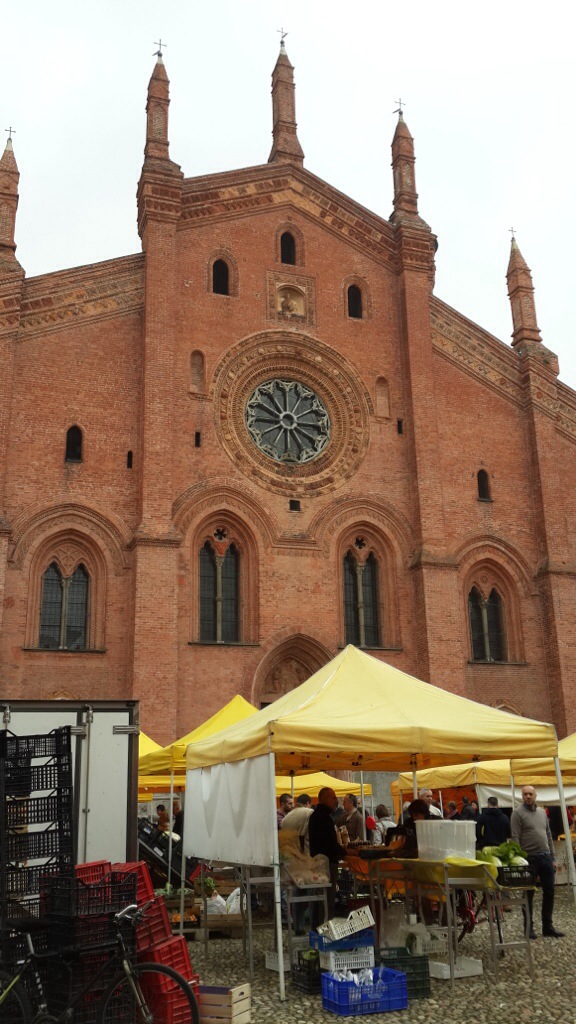 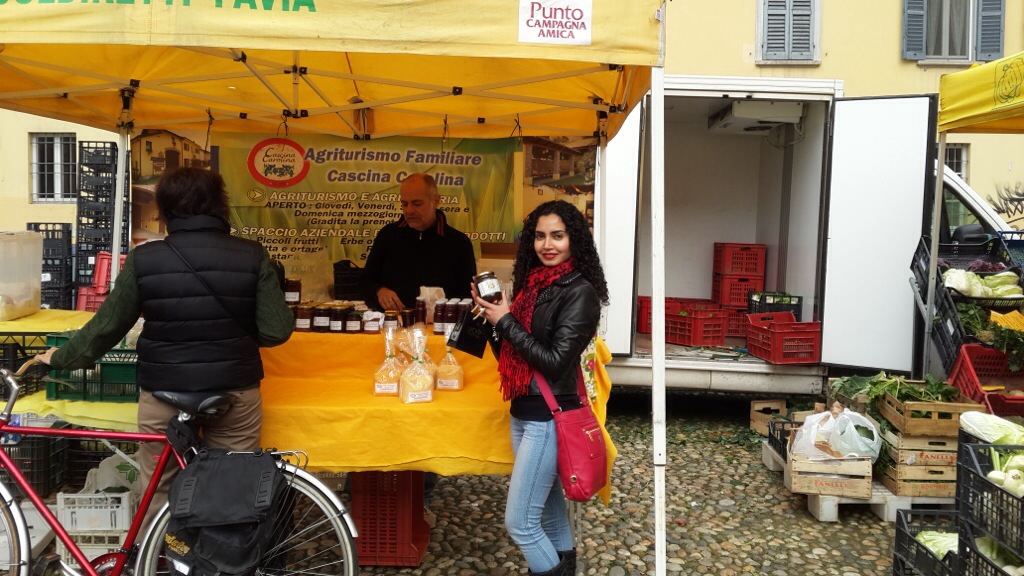 How many tourists get to meet the town mayor?? Here I am with the mayor of Pavia, the youngest mayor in Italy, 33-year old Alessandro Cattaneo and his family. He explained that Pavia has about 70 000 residents of which 25 000 are students studying at their famous 625-year old university and schools. 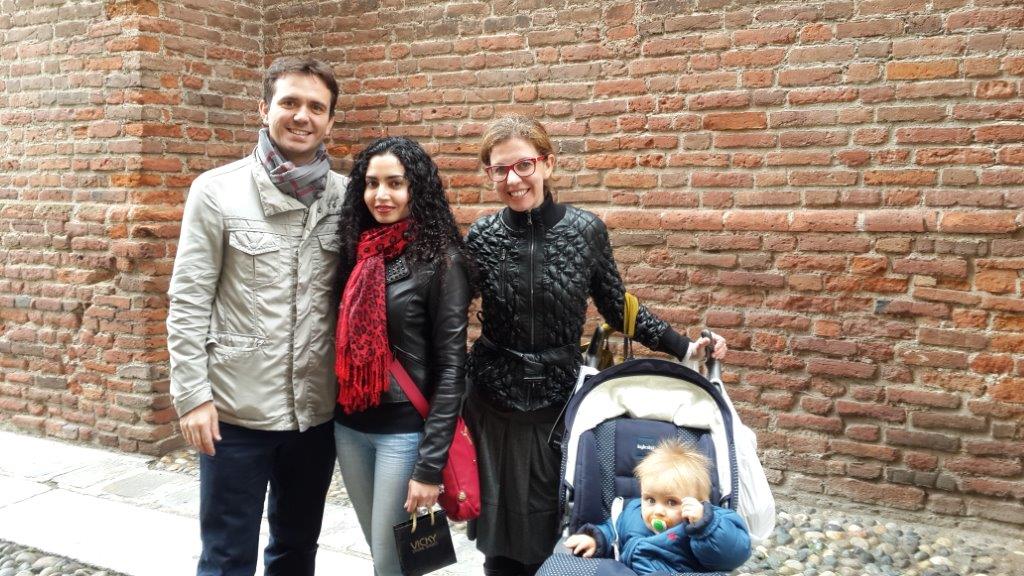 Being a Saturday, I got to inhale the smells and enjoy the sights at another market held bi-weekly in Piazza Petrarca. Foreign vendors sell everything from low budget footwear and umbrellas to underwear, jackets and accessories. On the other side, there’s an ample supply of fresh fish, nuts, vegetables and honey. 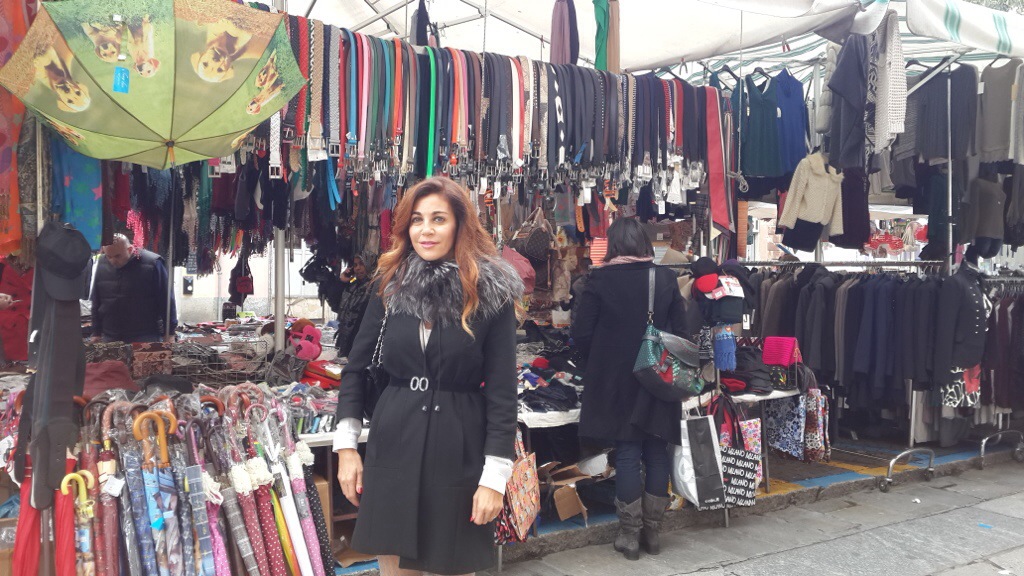 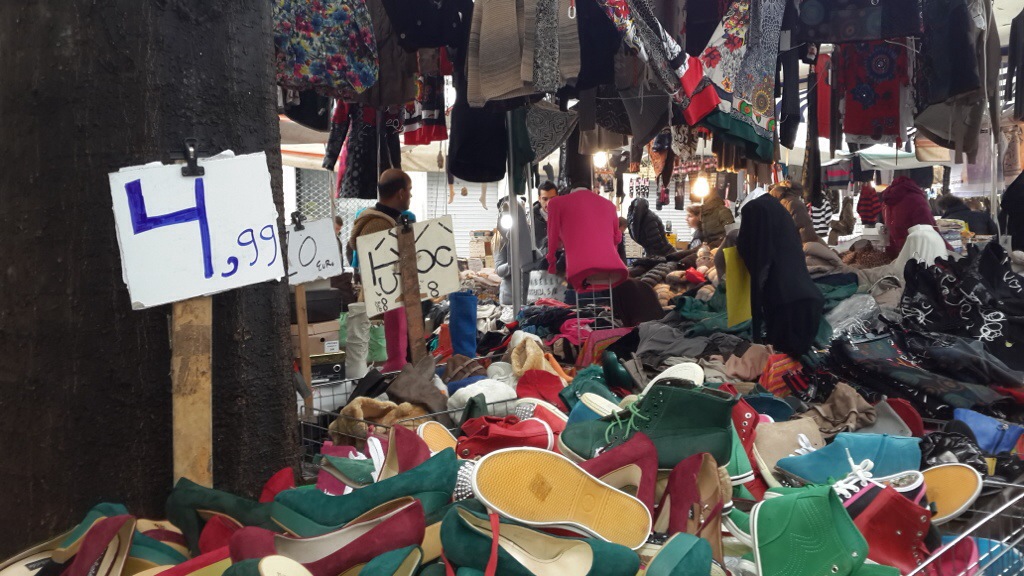 We walked across Viale Matteotti to the Visconteo castle, a clear relative of Milan’s Sforzesco Castle. An enchanting garden surrounds the fortress which plays host to 18th century artwork and until 18 December 2013, a temporary Monet exhibition. 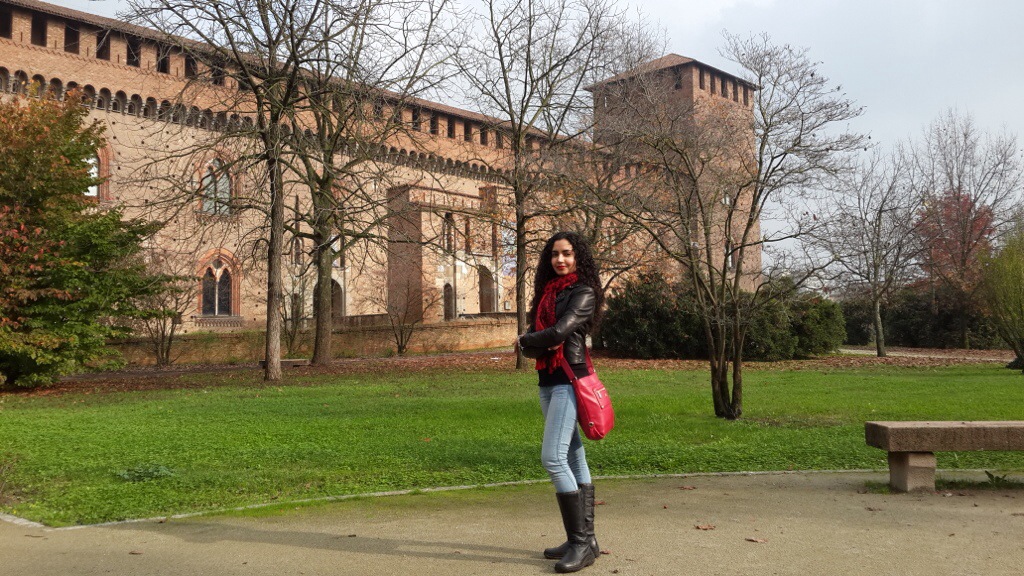 Claudia was itching to show me the important institution where she obtained her law degree, the Universita degli Studi di Pavia. When this complex at the heart of the town became too small to cater to the rising number of students, a newer complex was built to house the science faculties. 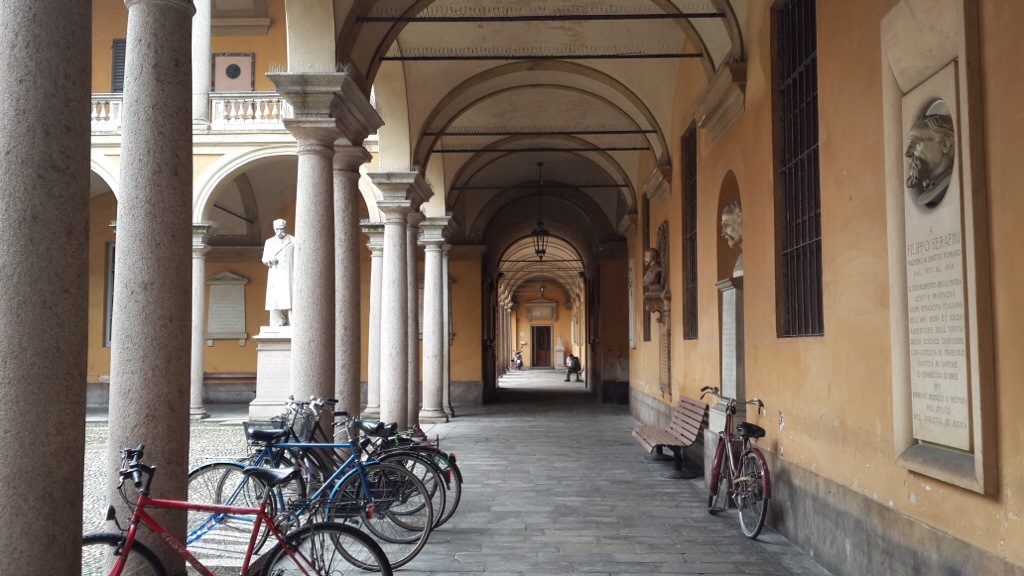 Lunch was a special treat thanks to Giovanni Merlino, owner of Hotel Moderno, and his lovely wife, Katerina who met us at designer, Simonetta Ravizza’s fashionable ‘Annabella Cafe’ on the corner of Corso Cavour and Strada Nuova. The menu offers a reasonably priced variety of extra-large sandwiches, seafood, grilled chicken with rice and veggies and even typically Italian risotto and desserts, but the decor goes a long way to make it the ‘it’ meeting place. 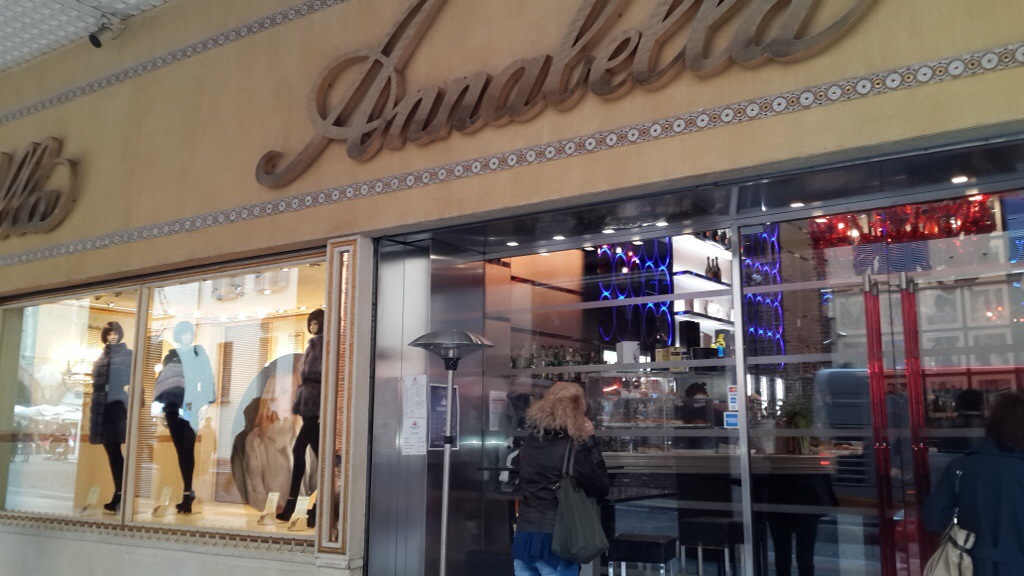 A majestic red chandelier casts light against mirrored walls at the bar and large windows look out onto an outdoor lounge area with white cane furniture. Walls leading upstairs are covered in framed black and white photographs of Simonetta Ravizza and her dad with their endless queue of famous customers from Sofia Loren to Monica Bellucci. I finished up in true tourist style sipping a latte macchiato decaffeinato (milk with a dash of coffee). The four of us continued down Strada Nuova (aka Via Francigena) because the trip would be incomplete without shopping in Pavia. At the end of this street, Pavia’s famous Ponte Coperto (covered bridge) allows traffic to cross over to the other side and offers pedestrians a breathtaking view of the Ticino River which flows under it. 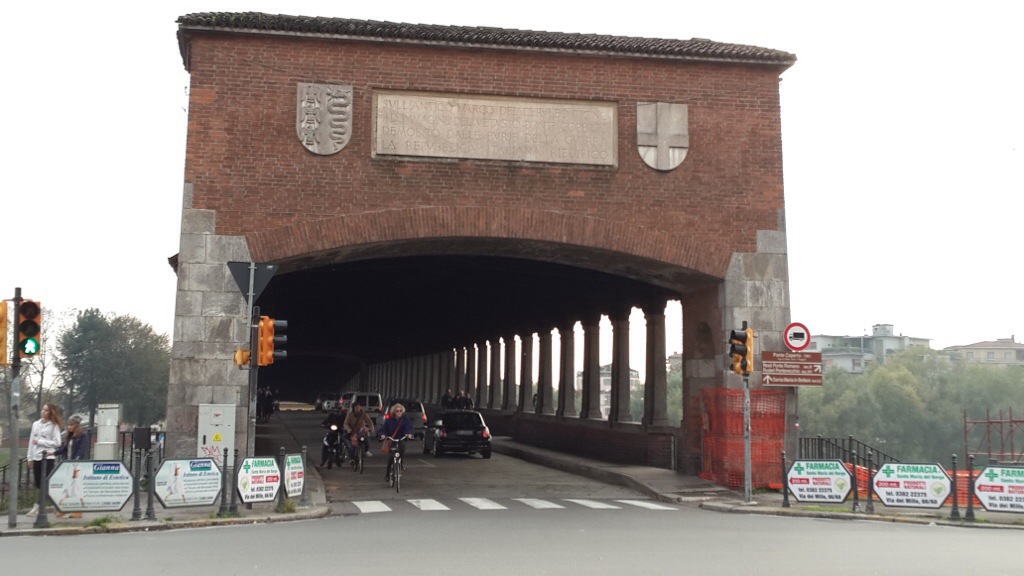 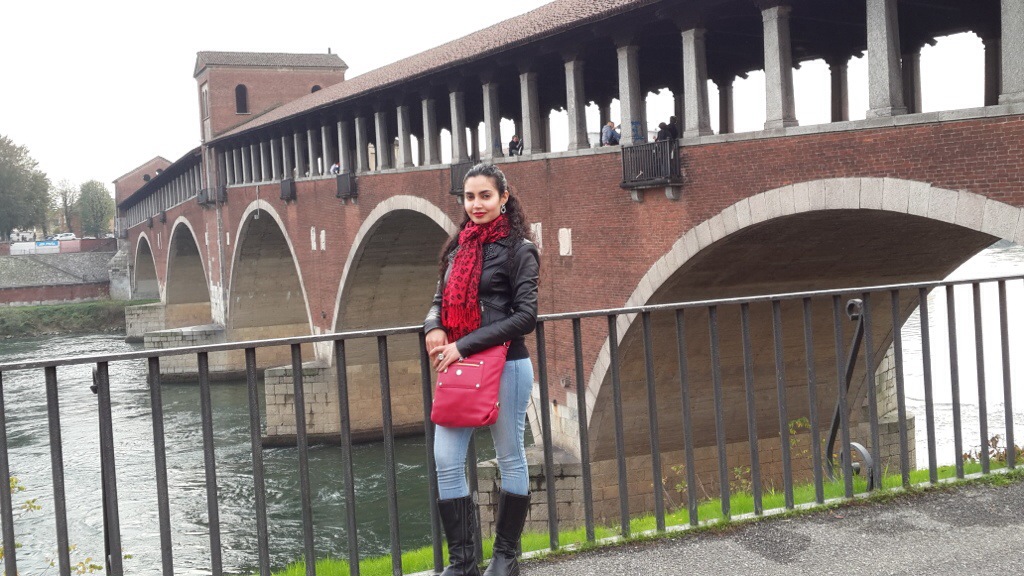 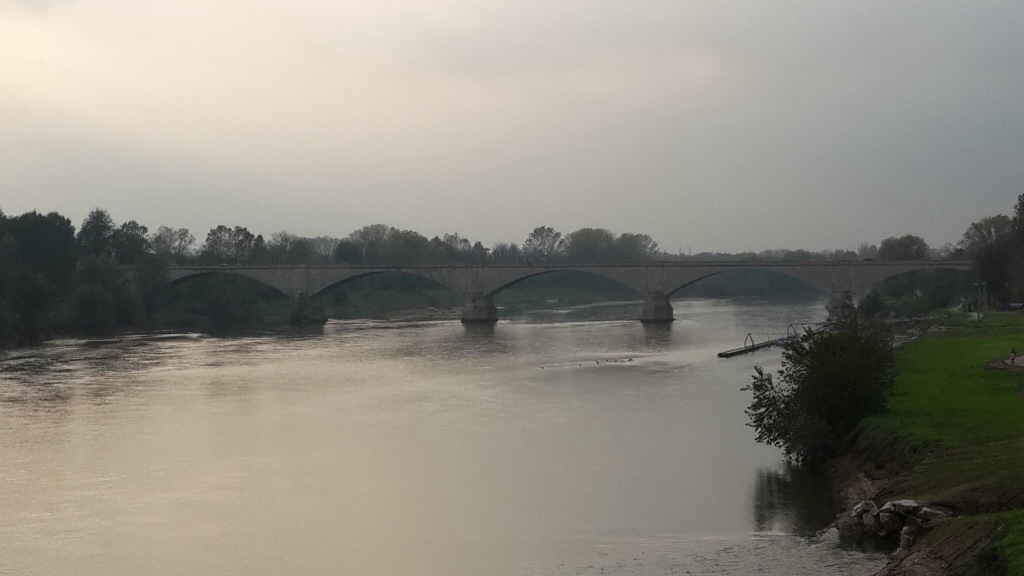 Time was ticking and I had less than 2 hours to catch a glimpse of the ancient San Michele church built in 1200AD, the botanical gardens and then Piazza Delle Torri (Towers Square) where two of the tallest towers in Pavia stand. The towers around the city seem completely hollow and without any real function, but it seems like a breed of blue and green parrots have made these specific towers their home. Claudia noticed their chirping a year ago and despite the change of season, this is where they remain. 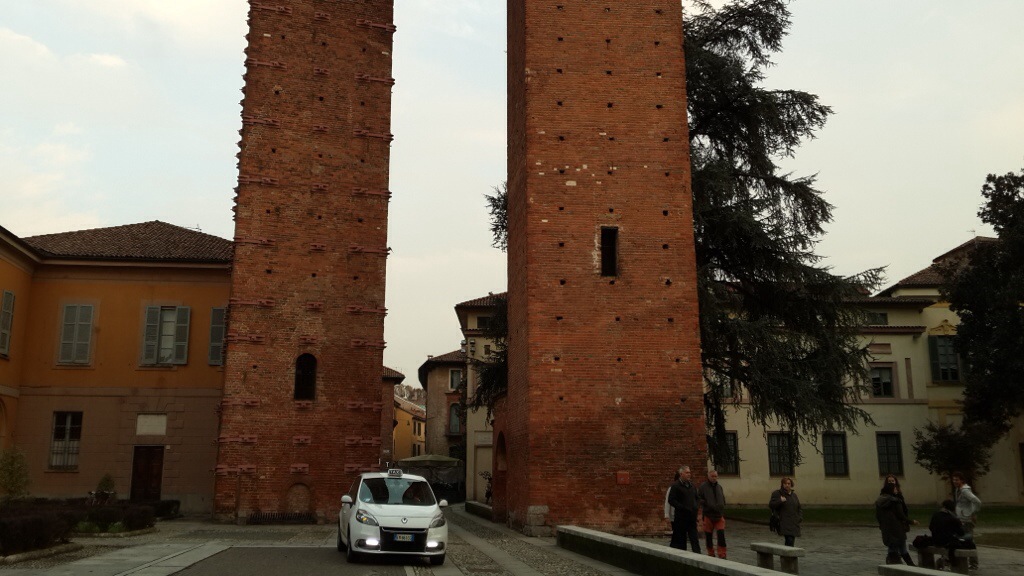 My last hour was spent visiting the Duomo which has the second largest dome in Italy after St Peter’s in Rome. Claudia also pointed out the ruins of a tower, right next to the cathedral, which crumbled to the ground in 1989, killing 5 people. 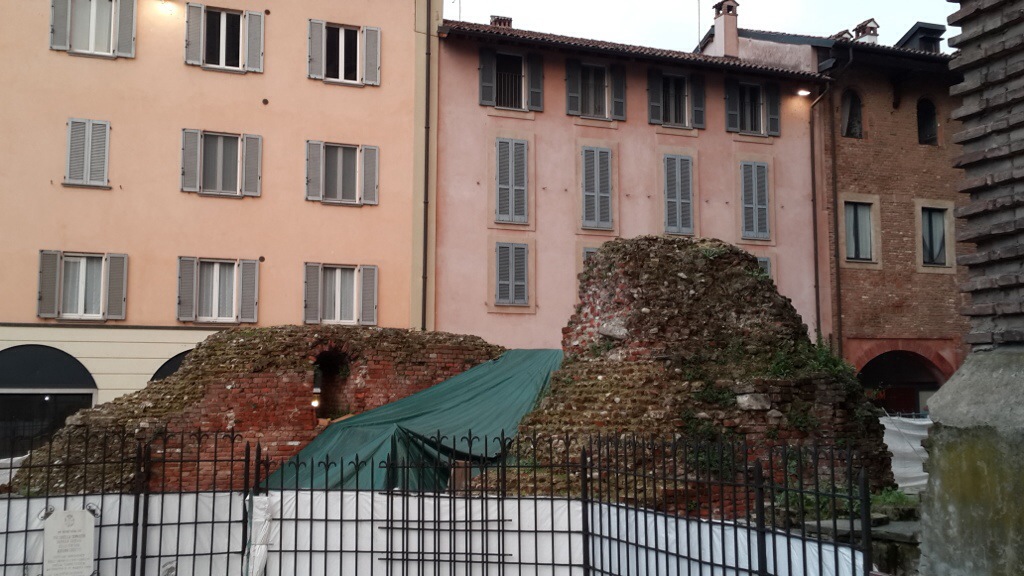 It was time to head back to the train station, so we savoured crema gelato and a delicious mousse called zabaglione from Gelateria Cesare. I stopped at Hotel Moderno to admire the inside and say farewell to the owner, Giovanni Merlino, before catching the train back to Milan. I had a fabulous day and I am truly looking forward to returning to Pavia soon… Now, if only I had a ‘Claudia’ in every other Italian city… Getting there
– Catch the train from Centrale station
– Skip the queue and buy a ticket from one of the self-service machines.
– Select ‘Pavia’ as your destination, choose your departure time and you can even buy a return ticket. You could be allocated a specific seat depending on the train.
– The journey takes between 20 to 45 minutes depending on the number of stops. Less stops mean a more expensive ticket.
– I paid just over 8 Euros for a booked seat on an intercity train with Pavia as the first stop.
– My return cost just over 3 Euros on an ordinary train which stopped in Rogoredo and Lambrate too.